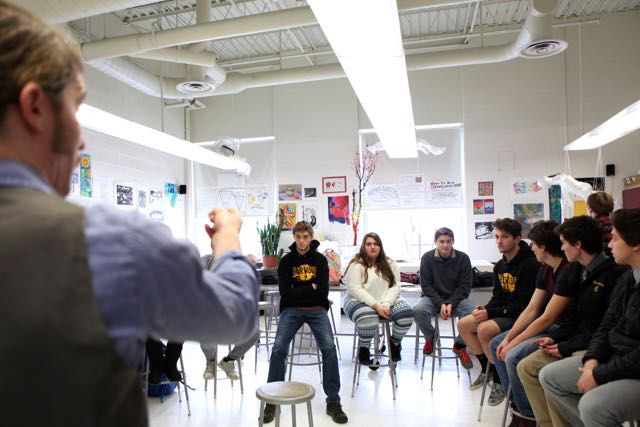 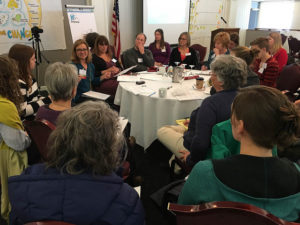 Storytelling, oral history, and ethnography can be powerful tools for the documentation of voices, memories and histories. They can also be catalysts for activism and social change. This workshop is intended for students, community members, and staff members of nonprofit cultural, community and social-service agencies interested in developing collaborative documentary or storytelling skills, and especially for those who would like to do so using technology they already have (phones, iPods).

This half-day session will provide an introduction to the ethnographic method of community-based research and the tools and skills of media-making. Participants will view a variety of short media examples, design a question or mini-project idea, and then head out into downtown to interview people and gather video, audio, and photographic footage. Participants will return to the Folklife Center and learn to use available tools to edit a short video on iPods or phones (on their own equipment or on iPods and phones provided by the Folklife Center).

Mary Rizos, education outreach and professional development coordinator, at the Vermont Folklife Center will serve as instructor.  Rizos worked as a middle and high school Spanish teacher for 12 years before joining the Folklife Center. During that time, she taught photography and Latin American Studies, and led students on international trips built around history, identity, community, and cultural exchange. Rizos has produced multimedia work exploring the culture of bodybuilding, daily life on both sides of the US-Mexico border, and microfinance and water access in the Andes. She has also worked collaboratively with students on projects about their personal and educational experiences in rural Vermont. Rizos earned a bachelor’s in anthropology and Spanish from the State University of New York at Plattsburgh, and a master’s in journalism (with an emphasis on documentary photojournalism) from the University of Montana.